rennie museum is pleased to present Yoko Ono’s MEND PIECE, Andrea Rosen Gallery, New York City version (1966/2015). Illustrating Ono’s long standing artistic quest in social activism and world peace, this instructional work will transform the historic Wing Sang building into an intimate space for creative expression and bring people together in an act of collective healing and meditation. The installation will run from March 1 to April 15, 2018. 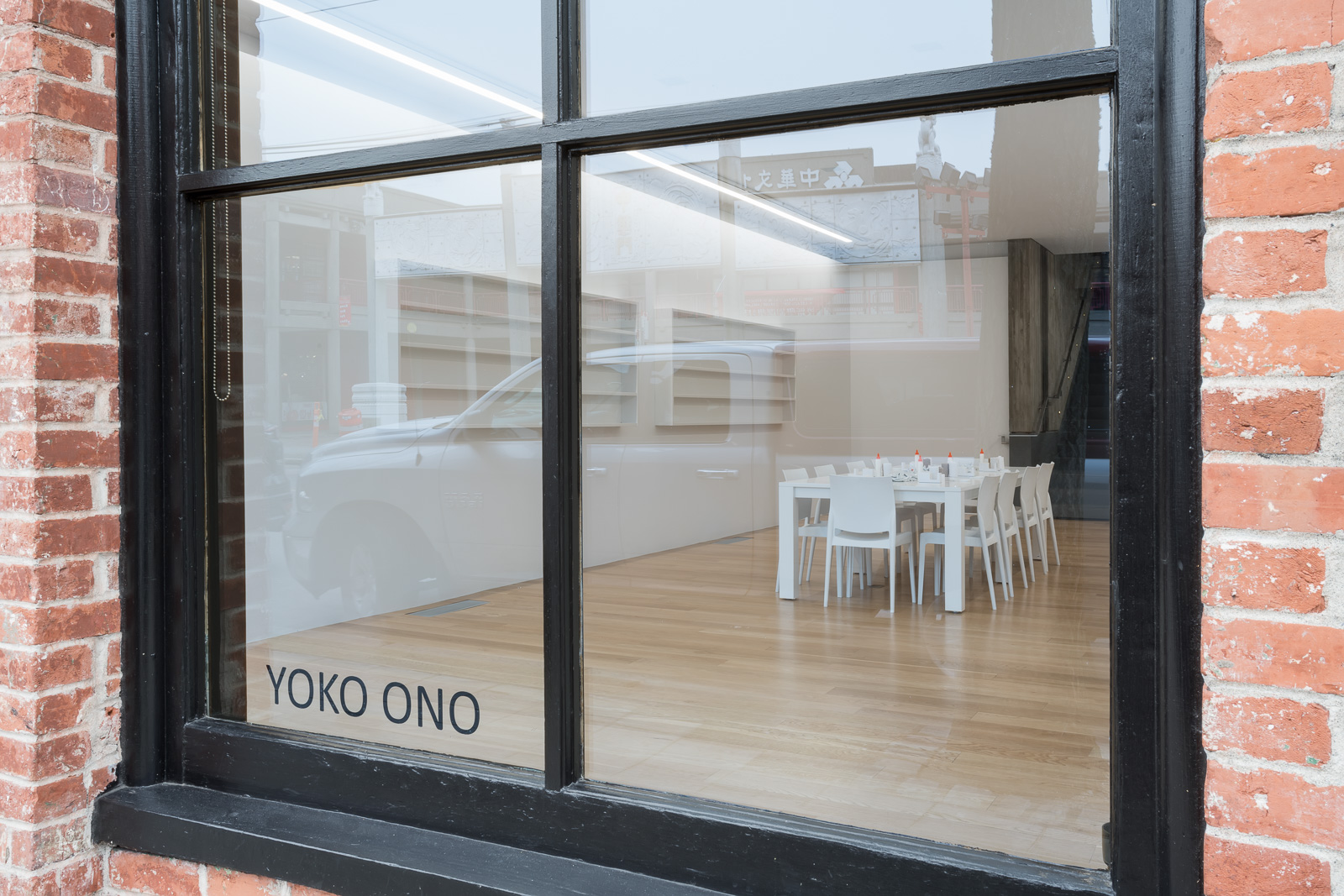 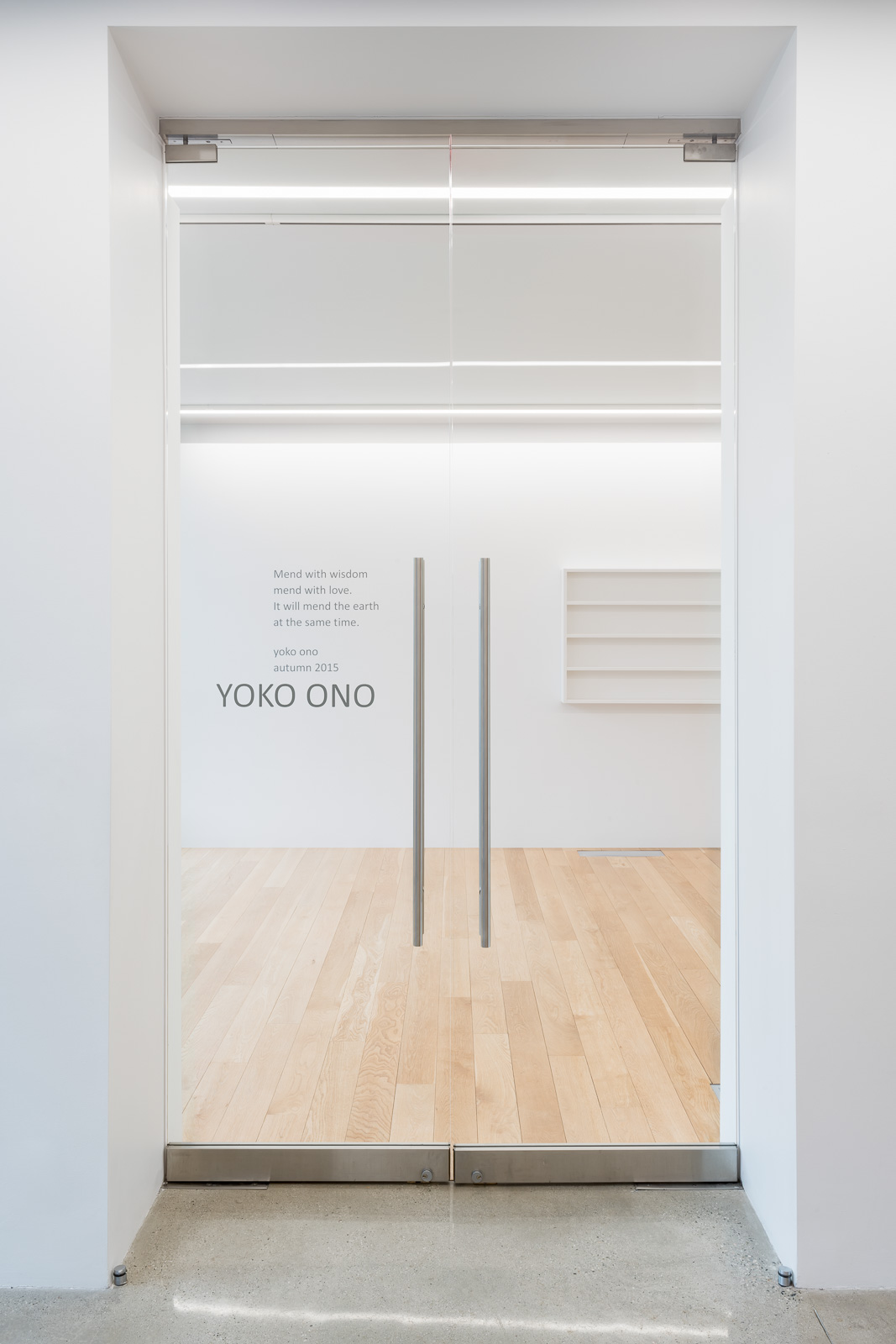 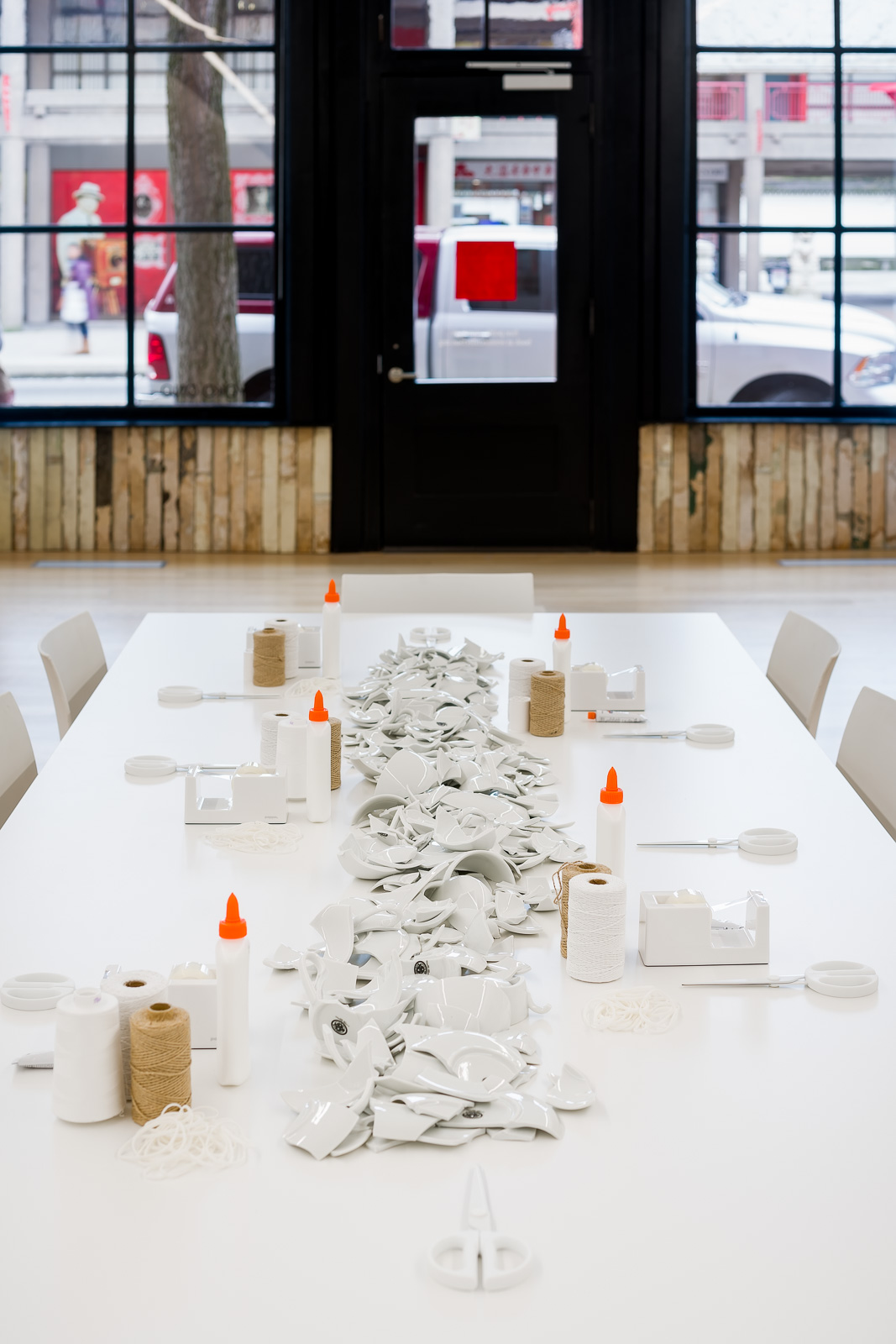 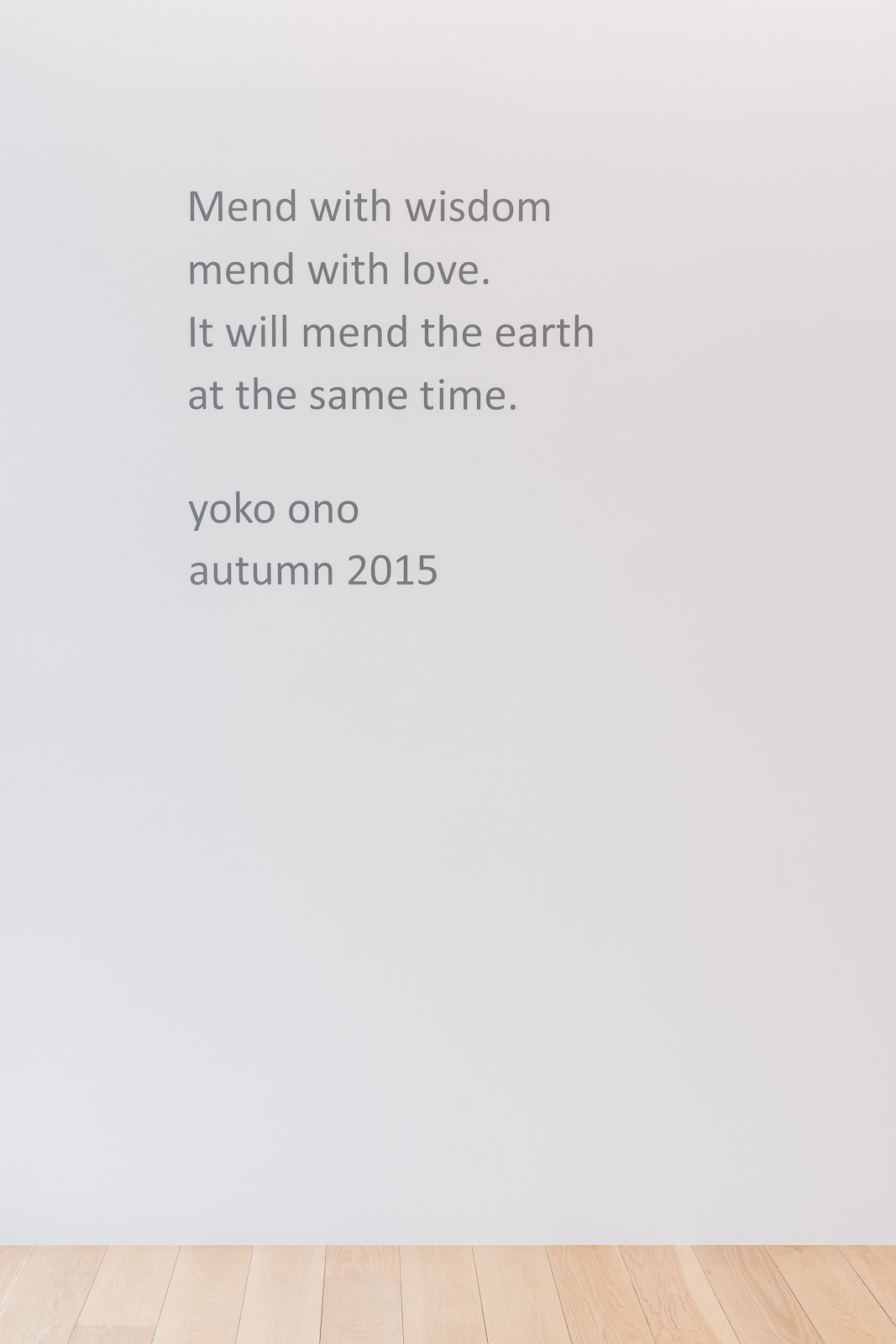 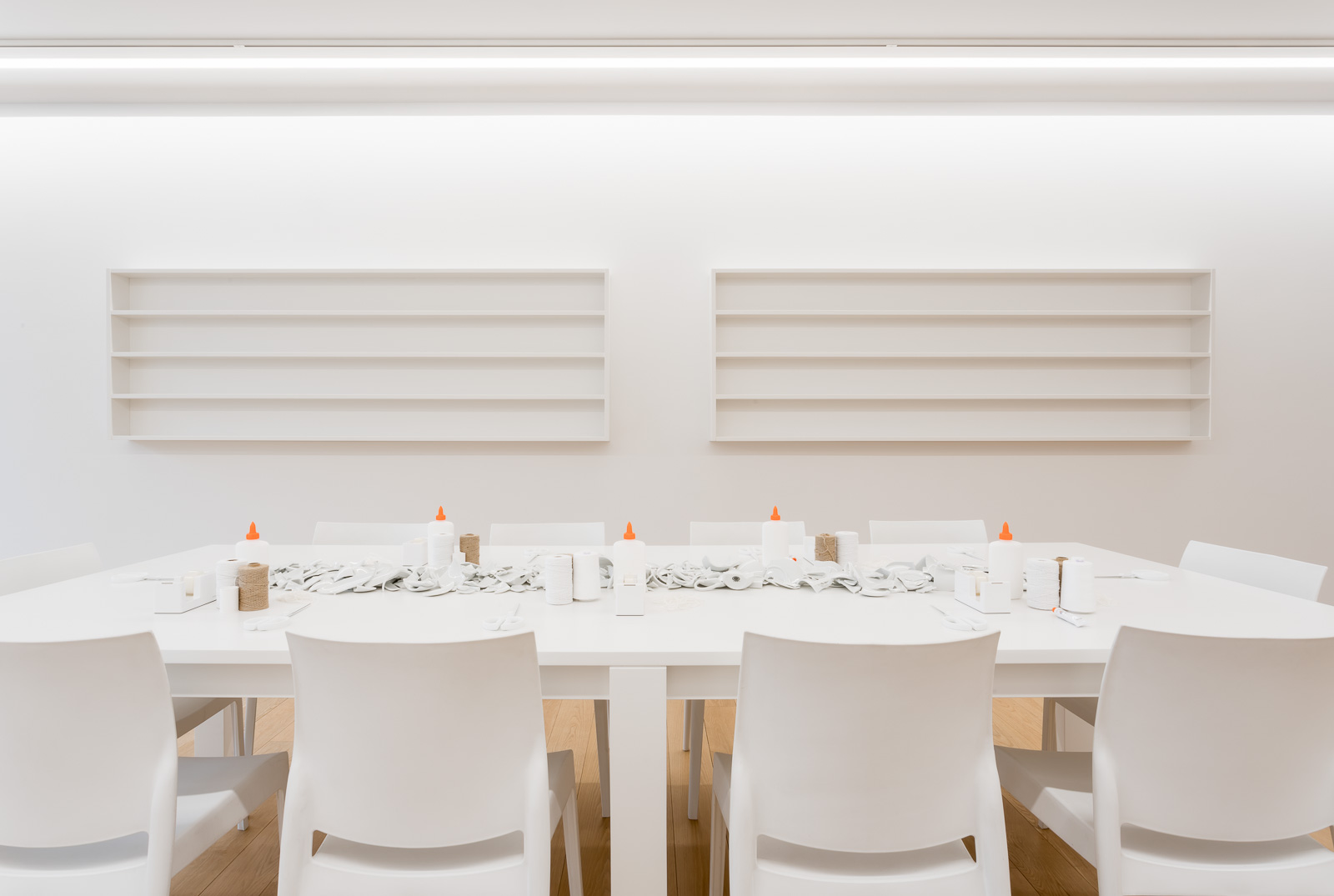 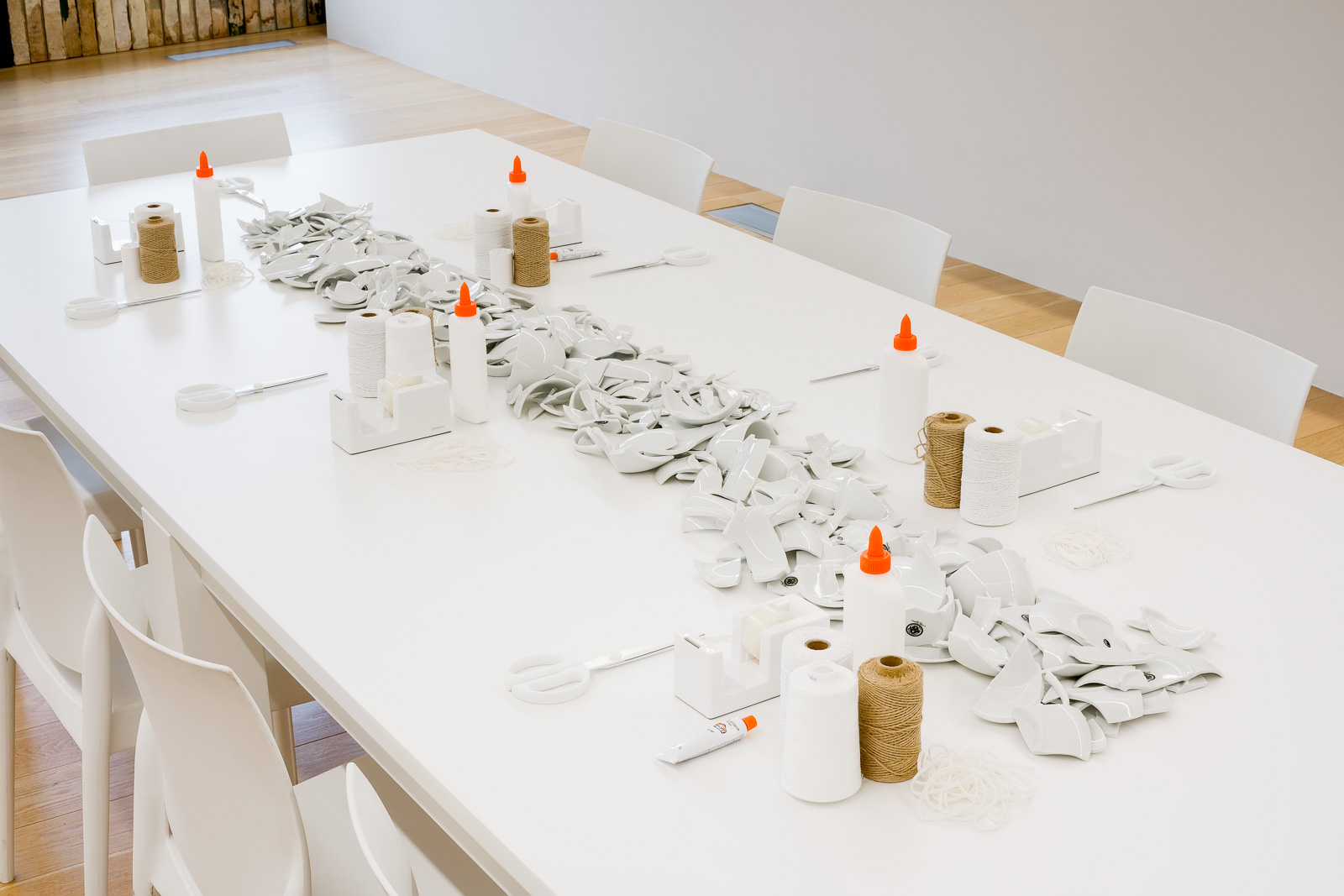 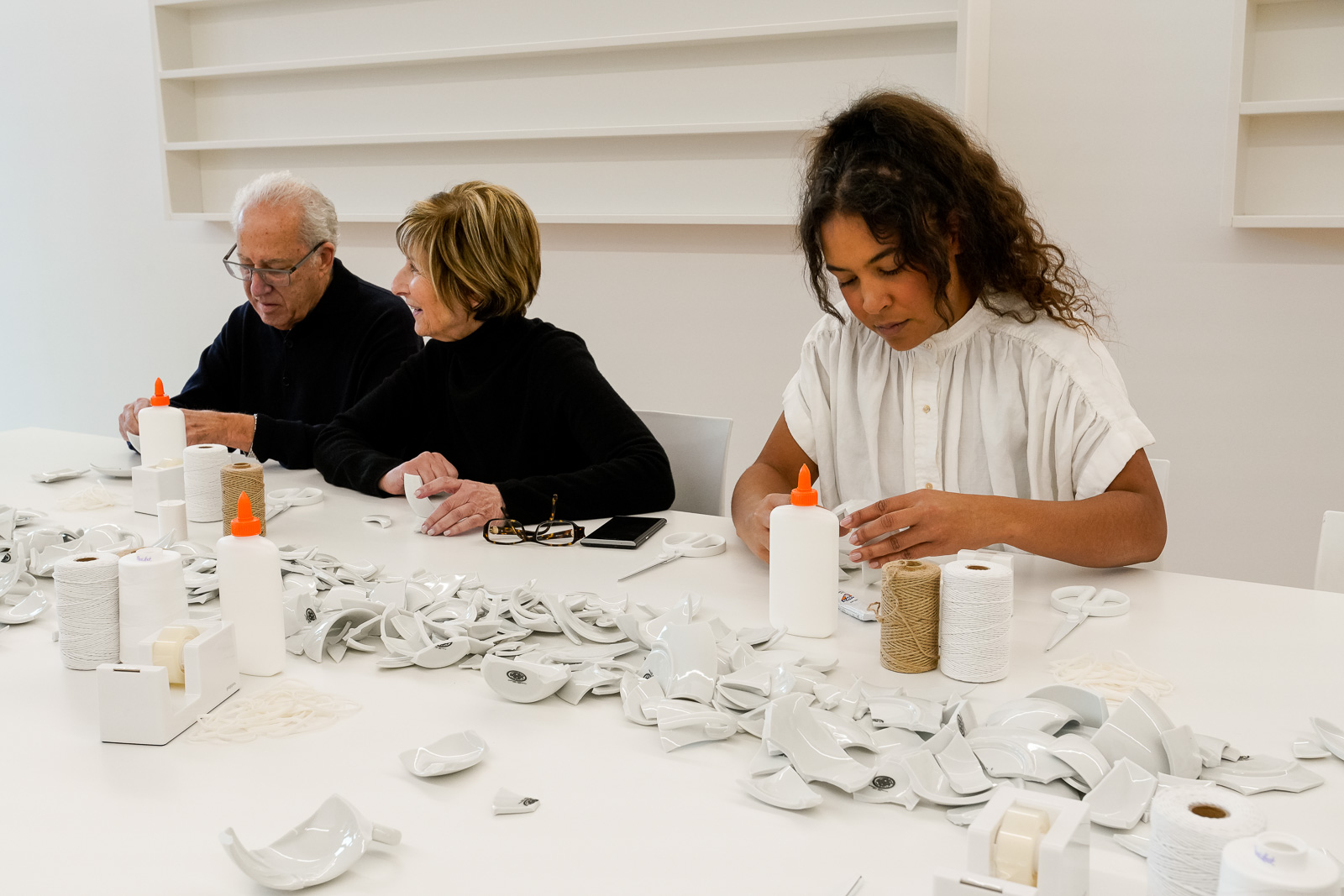 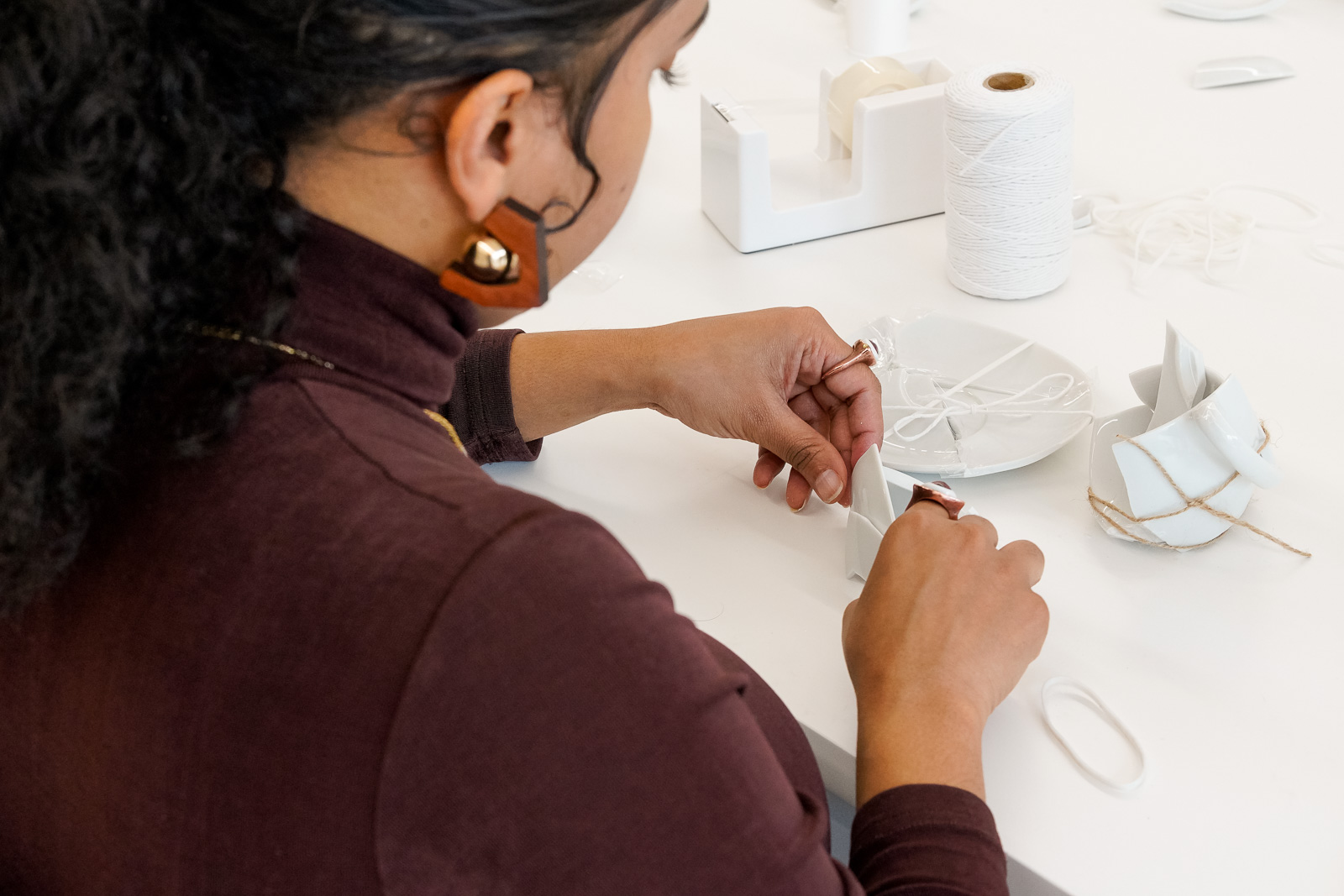 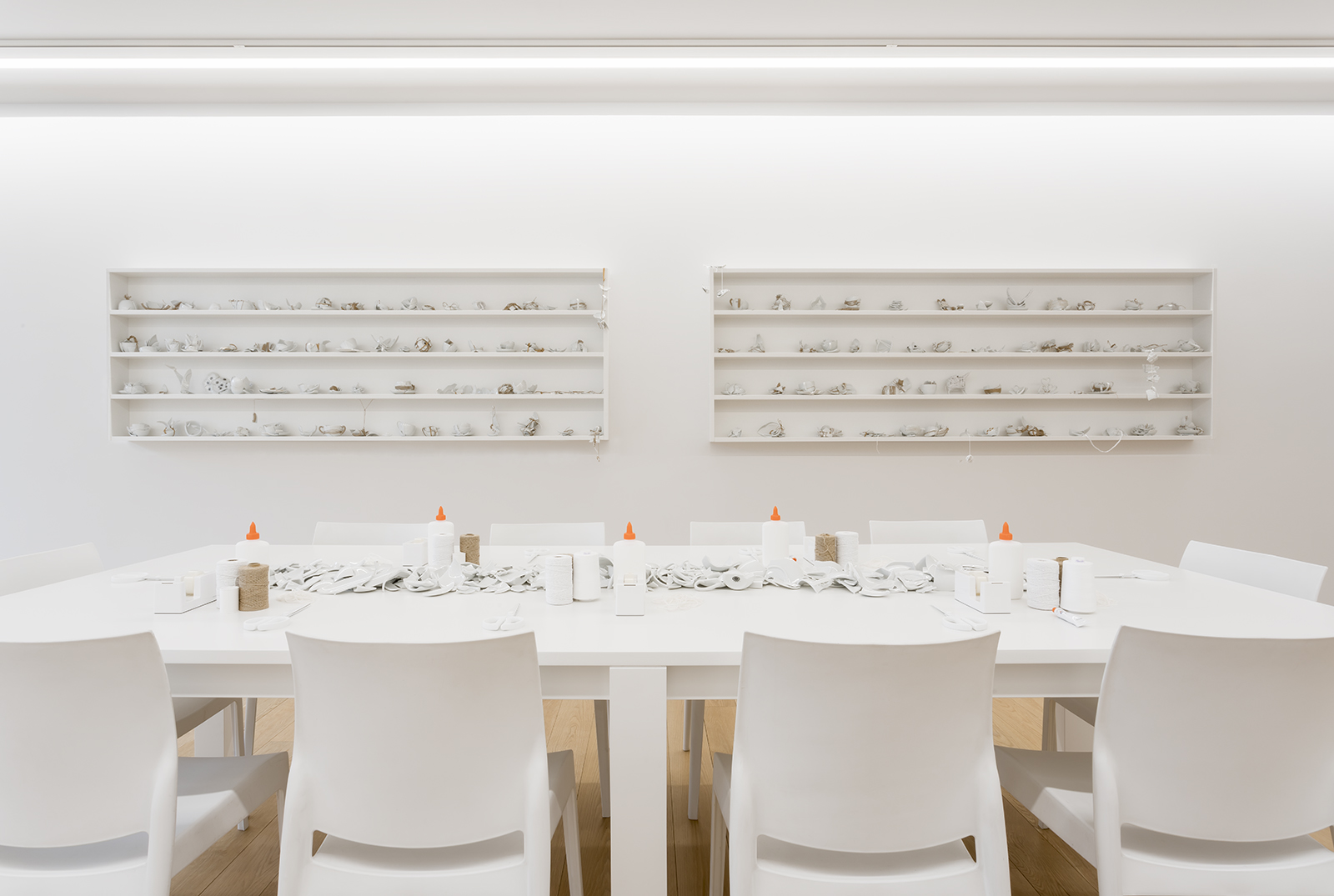 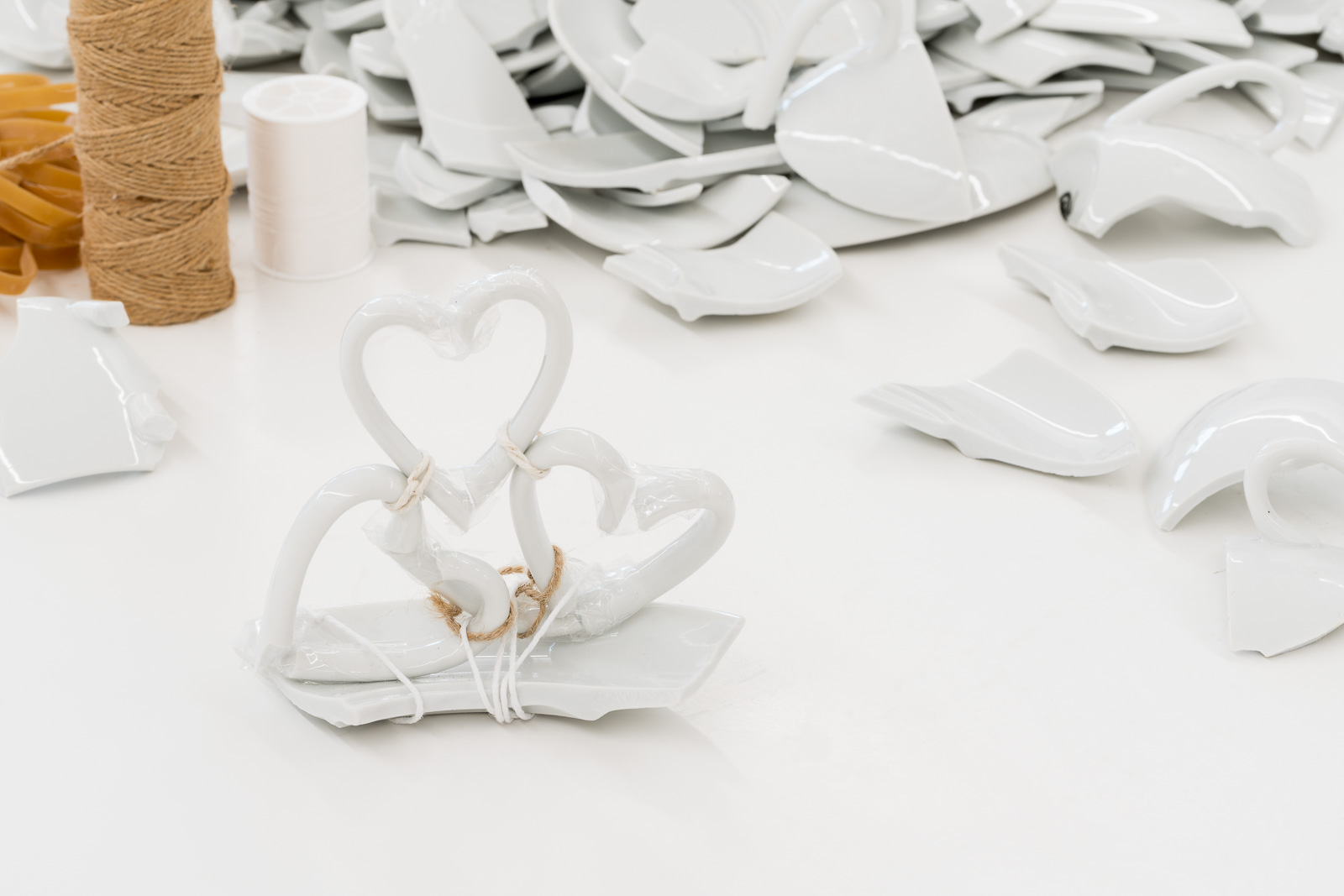 First conceptualized in 1966, the work immerses the visitor in a dream-like state. Viewers enter into an all-white space and are welcomed to take a seat at the table to reassemble fragments of ceramic coffee cups and saucers using the provided twine, tape, and glue. Akin to the Japanese philosophy of Wabi-sabi, an embracing of the flawed or imperfect, Mend Piece encourages the participant to transform broken fragments into an object that prevails its own violent rupture. The mended pieces are then displayed on shelves installed around the room.  The contemplative act of mending is intended to promote reparation starting within one’s self and community, and bridge the gap created by violence, hatred, and war. In the words of Yoko Ono herself, “Mend with wisdom, mend with love. It will mend the earth at the same time.”

The installation of MEND PIECE, Andrea Rosen Gallery, New York City version at rennie museum will be accompanied by an espresso bar, furthering the notions of community and togetherness.

Yoko Ono (b. 1933) is a Japanese conceptual artist, musician, and peace activist pioneering feminism and Fluxus art. Her eclectic oeuvre of performance art, paintings, sculptures, films and sound works have been shown at renowned institutions worldwide, with recent exhibitions at The Museum of Modern Art, New York; Copenhagen Contemporary, Copenhagen; Museum of Contemporary Art, Tokyo; and Museo de Arte Latinoamericano de Buenos Aires. She is the recipient of the 2005 IMAJINE Lifetime Achievement Award and the 2009 Venice Biennale Golden Lion for Lifetime Achievement, among other distinctions. She lives and works in New York City.